The performance of the Spanish national football team over the six years up to their ignominious exit from the 2014 world cup holds important lessons for how to build and when to dismantle a winning team.

Four years ago my Spanish partner and I watched the world cup final in a small restaurant in Umbria. The two of us and the restaurant’s chef were supporting Spain. All the other guests in the restaurant happened to be Dutch families on holiday. This year, we watched the Netherlands-Spain game in a bar in Amsterdam. Once again we were isolated supporters of the Spanish team but on both occasions there is little doubt that the better team won.

The story of the rise and fall of the Spanish national team holds interesting lessons for business leadership and execution. How did the Spanish team come to dominate world football and how did its disintegration come about so spectacularly?

In building a world dominating team, Vincente del Bosque was a strong leader who created a brand of football that had one vital characteristic – it was all about the team. One of his mantras was no superstars. Football is a team game. Del Bosque had no time for prima donnas. His approach was to have a team of good players that hung together like a perfectly crafted jigsaw puzzle. Mutual trust and collaboration among the players created the style of football we all fell in love with: short, sharp passing that dominated possession and could capitalise on chances at goal. The team was successful and a joy to watch not only because of the technical skills of the players but because of the obvious harmony across the whole team and the way in which each player fit into the overall scheme.

Contrast this with some contemporary styles of business management where the personality of the CEO or individual senior managers comes to dominate. Businesses where it is made clear to all that business success depends on a few superstars – superstars that are rewarded with high, some say outrageous, compensation structures and who are able to hold the corporation to ransom. A senior manager in one leading international bank said “in our company there are no more than 150 people who matter.” Clearly, managing a squad of 22 players and their support team is a different proposition from leading a multinational corporation employing tens or hundreds of thousands. Yet there can be no greater contrast between the cult of the superstar and the philosophy of team where everyone has a role to play and is valued for playing that role well. Most large corporations have, in spite of their empty speeches, lost their ability to value anyone beyond the few. They are unable to operate as a cohesive team but rather operate as fiefdoms led by individual superstars – often in more vicious competition with each other than with their corporate competitors. The result is widespread demotivation and an inevitable slide into mediocrity.

This effect was brought into focus by the comments of someone I recently met in Amsterdam. He said that he worked for a major Dutch bank. “How is the business doing?” I asked. His response: “I don’t know and I don’t care. It’s a terrible job where they treat you like a machine and you treat them back in exactly the same way.” This is hardly a recipe for success. Vincente del Bosque would die if anyone in his squad had that attitude.

Yet the era of the winning Spanish team has also come to an end. And herein lies the second rule that is so often ignored – always change a winning team. The majority of Spain’s players has remained unchanged throughout the country’s long period of domination. Like most senior management teams they came to believe that their past success proved their brilliant superiority and provided a licence to carry on operating in the way that had been successful in the past. The first half of the match against the Netherlands was notable by a Spanish team that exuded a quiet self-confidence – even an arrogance – bred of past success. They reckoned without the energy and relentless drive of the Dutch team that ended up humiliating the world champions. Once the magic was broken, there was no going back. An emboldened Chilean team did not give the Spaniards an inch in which to operate their possession football. The game was up. In spite of a consolation win against Australia, the Spanish team exited the competition ignominiously with their players in tears.

The rise and fall of what became a legendary La Roja provides opportunity for reflection on business practice. Many corporations have developed high quality approaches to evaluating the skills and capabilities of each of their executives. Yet few have robust approaches for assessing how effectively their collection of individuals is likely to operate as a team. Yet a strongly functioning team will always win out against a mere a collection of individuals – however brilliant each might be.

To be clear, building a team should not be confused with the idea of creating a climate of consensus. Successful teams can only be built with strong leadership that is relentlessly focused on ensuring that such teams are built to function as a seamless unit and deliver results. Endlessly seeking consensus can significantly undermine this process.

Yet, it is also clear that the most successful teams will eventually fail – their history of success being a significant factor in driving that failure. It takes a certain kind of leadership to change the team just when it needs to be changed – at the height of its success. 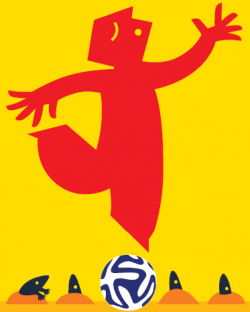 This article first appeared in Het Financieele Dagblad shortened version was published in The Huffington Post.