Corporate leaders who have trouble achieving radical change in their organisations could do worse than to take a look at what has been achieved in Rwanda in the 20 years since a brutal genocide left the country on its knees.

I used to be sympathetic to senior business leaders who complained of the difficulty of changing the culture of their businesses to make them more inclusive of ethical and sustainability considerations. Achieving meaningful and sustainable change in the culture of a large organisation seems like a near impossible task. As many companies continue to show us daily, most initiatives of this type fall flat on their face at the first hurdle and, in spite of the hype, corporate ‘culture change’ or other ‘transformation’ programmes rarely succeed.

Then I visited Rwanda

We rarely hear about Rwanda these days. In the capital, Kigali, the Kigali Memorial Centre documents in graphic and heart wrenching detail the horrors of the 1994 genocide in which up to 1 million people – 20% of the population – were slaughtered within a 100-day period. But since that time, a time when Rwanda was all in the news, we hear very little about this small, densely populated, landlocked country in sub-Saharan Africa. Yet Rwanda provides marvellous lessons in how sustainable transformation can be achieved.

Following the horrors of the genocide, Rwanda was in a mess. GDP per capita (PPP) had fallen to $416. Whole towns were destroyed and the society was utterly broken. No assistance was forthcoming from the so-called developed world. Rwandans had to sort the mess out for themselves.

Rwanda decided to re-build from scratch. A new flag and national anthem were important symbolic statements of a new, single Rwanda and of the intent to consign deep wounds and societal divisions to the past. Traditional local courts were used as a forum where people could speak about what they went through and go through a process of healing, forgiveness and, where appropriate and possible, bring perpetrators to justice. The process of re-building then started. A democratic process (albeit imperfect) was implemented with clear direction set from the centre coupled with a decentralisation process for implementation. Women were empowered. A programme for eliminating corruption was instituted. Education programmes are being instituted and new universities have been established. The country joined the Commonwealth and changed its official language from French to English – the global lingua franca. Bureaucracy is being reduced – one can now set up a business and have it running in a morning. In a country with no minerals or other traditional ‘natural resources’, a well-managed programme for trekking mountain gorillas in Volcanoes National Park (our reason for visiting Rwanda) has been turned into the largest earner of foreign exchange (‘They are our gold’ they say of the gorillas). Two other national parks are similarly being developed. Rwanda has set itself a target of becoming a hub for ICT investment and development and tertiary education programmes in these subjects are booming.

Here are the results.

First, cohesion – the feeling of ‘We are all, first of all, Rwandan’ is now widespread. Per capita GDP (PPP) is estimated at $1,592 and growing at around 7% per year. Rwanda ranks 32 in the World Bank rankings for ease of doing business, not far behind The Netherlands and Switzerland (28 and 29 respectively) and ahead of France (38), Spain (52) and Italy (65). In spite of criticisms by some that Rwanda’s democracy is not perfect (which country’s is?), the country, at 18th, ranks highest among African countries in the performance of its institutions – the first pillar of the World Economic Forum’s Global Competitiveness index. This puts it just behind Germany (17) and ahead of Austria (22) the United States (30), France (32) and Italy (106). Women now account for more than 60% of Members of Parliament.

And the signs of progress are visible to the naked eye. Kigali is one of the cleanest cities I have been to outside of Japan and Singapore (the mantra on everyone’s lips is ‘Just because we’re poor, doesn’t mean we have to be dirty.’). Our guide claimed that she would not mind letting us walk on our own at night in any part of the city. Driving through the country, hundreds of children rush out to wave and smile (the average age in Rwanda is 18) but not one of them begs for money. The warmth, hospitality and quality of service in hotels and restaurants are of the sort one can only dream of when in London, Amsterdam, Paris or Rome (just to name a few).

Given the nature and depth of the, hopefully sustainable, transformation achieved in a country like Rwanda with limited resources why do corporations find it so difficult to achieve change? The quality of leadership obviously plays a huge role. But so do other factors like clarity of purpose, inspiration, a single-minded determination to push change through, public recognition of one’s failings and the ability to stick to one’s declared principles with no compromise. It is this last that so often fails in corporations. Banks claim they are determined to cut down on unreasonable bonuses but get cold feet when it comes to it. Companies claim to want to treat their customers fairly and do less damage to the environment but don’t when they feel either might threaten this quarter’s profits.

Rwanda was forced to start from scratch when they found themselves in an utterly broken society. Maybe they illustrate the view of Brazilian philosopher and politician Roberto Unger who claims that we have built a system where change is only possible following major crisis. However, if the still current European financial, social and economic crisis is insufficient to stimulate meaningful change, one dreads to think what horrors we have to go through before change becomes possible. 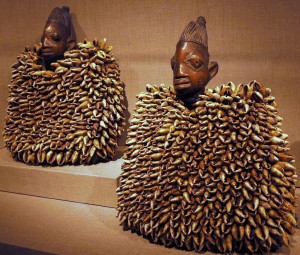 This article was first published in The Huffington Post