There is a flourishing future for sincere leadership that serves business and society, right across the spectrum. The United States has taken the lead here by opting for the empathetic leadership of President Obama, who leads with historical awareness and a consciousness of his own life history.

My father – who grew up during the Great Depression and played a special role during the occupation of the Netherlands during World War II, and who was responsible for reshaping the ‘human factor’ at Unilever after the war – lived his life on the basis of a vision of the future and his own role in it. He could plan for that future, while living day by  day. We can learn from this generation about how to serve people and society: striving for a higher purpose beyond your own mere happiness in life, based on the ideas that you pass on to subsequent generations.

My work for multinationals such as Akzo and Shell made me realize how important it is to foster the sincere loyalty of your employees if you are to lead such a large organization. At a people-oriented organization such as Egon Zehnder, I saw how far you can excel if you direct your efforts to your best individual talents, and if you are willing to link up with others as regards what is not your forte. It is a pleasure to work in an environment where the rewards are the result of the success of everyone. You will then realize that the greatest success is “to see the sun shining in someone else’s pond.”

This to me is the essence of the “new” leadership and also the timeless aspect of good leadership. This is ancient wisdom passed on and adapted for the modern era, by leaders who are consciously and constantly prepared to learn. This is leadership based on clearly formulated values, where individual values run in parallel to the values that pervade an organization (its mission). Striving for an optimal balance between longer-term vision and short-term deeds, and of course, at all times examining that balance. For a long time, such an examination has been based on the common language of figures. I would like to add to this the hope of examining on the basis of a common “human yardstick.”

The leadership that I envisage can only be achieved by people whose actions reflect the privilege of their exceptional position and great responsibility, people who link their responsibility to a modest attitude of service. People who let themselves be known for what they are and what they stand for. They will in the first place and at all times ask themselves the question: “Why me?”. They will be “liberated” and able at any time to give up their position to someone else, better suited than themselves. They will understand what it really means to carry responsibility at the top. They will realize that they are just passers-by, who are granted leadership by those whom they lead. A great leader will begin and end each day with the question: “Who am I (to be allowed) to do this?” 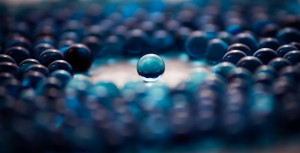 Jan Theo Bautz is a founding partner of Camunico. He is a counselor and a trusted advisor, who is actively involved in successful initiatives in the fields of sustainability (“Leaders for Nature”), the arts and culture, public administration, (corporate) governance and the media. He was a longstanding partner in the executive search firm Egon Zehnder International, and previously worked for the multinationals Akzo and Shell. He has been observing leaders from close up for decades and is a sounding board for current and future leaders in our society.

This article was published in the book “Beyond the crisis, (the future of capitalism)” by Adjiedj Bakas

Sustaining the future of arts organisations
Scroll to top