On holiday, I recently visited the Japanese sacred area of Kumano Kodo. Long miles of treks mark pilgrim routes from the ancient capital of Kyoto to a number of shrines located around the Wakayama peninsula. The Imperial family’s annual pilgrimage trek lasted twenty-eight days. Today, the paths are no longer pilgrimage routes but largely used by tourists like us interested in hiking in what is now a designated world heritage site.

We were walking on a high ridge and stopped to look and to listen to the sound of forest life – bird song, a variety of insect noises, large butterflies everywhere and the occasional footprints of what looked like small deer. But something was very strange. The sound was coming at us in mono not in stereo. One side of the ridge fell off steeply. The forest was lush, varied and full of animal and insect life. It was from this side that the cacophony of sound was coming. The other side of the ridge was less steep and had been commercially exploited as a wood plantation: a monoculture of pine trees – well managed, nicely thinned and impressive – but sterile. No or very little life other than the pine trees themselves could survive here. It was silent as a grave.

By some standards, the pine plantations can be considered “sustainable.” They are well managed, re-planting takes place, the soil is maintained in good condition and, in theory at least, such forestry can be sustained forever. But what of the vast amount of other life that has been driven out and destroyed in the process of turning whole mountain ranges into managed forests? Who bears the cost of that? The management of “externalities” – as such dumping is un-emotionally labelled by economists – has proven to be one of the most intractable issues in moving towards sustainability.

How dumping leads to more dumping

Neither does the ability for businesses to do damage or dump their waste unhindered only hurt the environment. It can lead to the creation of products that can be harmful to human health.

Take the Norwegian salmon farming industry – and most salmon farming elsewhere much of which is controlled by Norwegian companies. A report on farmed salmon byGreen Warriors of Norway, stated that “Farmed fish is Norway’s most toxic product.” Why?

Salmon farms dump toxic waste into the oceans and the ocean bed without being held to account for their actions. Besides the obvious and substantial damage both to the oceans and to ocean life, the ability to dump waste unhindered allows the salmon producers to pour all sorts of antibiotics and carcinogenic chemicals into the farms in order to “optimise” the commercial value of their product. A proportion of these chemicals remain in the fish and, as a result, the salmon we all eat is far from the clean, healthy, natural, luxury product it is commercially positioned as. “Salmon is mainly carcinogenic,” according to scientist David Carpenter of the University at Albany. Even the typical salmon colouring is now chemically added as farmed salmon emerge with dull, grey flesh. Farmed salmon is a ‘toxic’ industrial product which causes adverse environmental and health impacts. Anyone who knows about the process of salmon production would never eat farmed salmon again. “Farmed salmon is not fit to eat,” claims the Green Warriors’ report.

The issue of dumping or imposing costs on others has been one of the most intractable ones to address in the sustainability debate. Attempts to move forward have been criticized by all sides. Businesses have resisted taking on the full costs of their activities. Even when alternative technologies that could eliminate and reduce dumping significantly already exist and are affordable – as in salmon farming – producers steadfastly refuse to adopt them. Regulators largely remain more interested in maintaining the status quo rather than discharging their responsibilities towards the environment and human health. On the other side, attempts at offsetting some of industry’s externalized costs have met with objections from some environmentalist groups on the basis that they represent a commodification of nature. So while all sides object, we remain stuck.

It is clear that industry cannot be expected to start absorbing previously externalized costs overnight. It is also clear that continuing to ignore such dumping and its consequences is not longer acceptable to our society. A first step would be a requirement for all corporations to be transparent about the externalities they generate and the costs of those externalities in financial, environmental and human health terms. We can then start an open discussion around the question: if corporations do not wish to bear these costs they generate, how should our society deal with these costs? But while these costs remain hidden and largely ignored, such a discussion is impossible.

There are a few encouraging signs of progress. The new UK requirement for quoted companies to report on their green house gas (GHG) emissions is a welcome step forward. But why should GHGs be privileged over other sorts of dumping? The requirement should be extended to include every sort of externalized environmental impact throughout the whole of the supply chain.

The odd few companies have taken it upon themselves to start this process. Puma is probably the best known for its efforts at creating a detailed sustainability report that includes an environmental profit and loss statement.  Patagonia is another company that takes its environmental responsibilities seriously. They have made great progress but, as far as I can find, they do not yet fully and transparently account for all the costs they are imposing of the environment and on human health.

Is it possible to move towards sustainability?

We are all shocked when we see images of open dumping of garbage in the streets or the accumulation of waste piles in the cities of many developing countries. Yet the discussion of the vast amount of dumping and other externalized costs by industries worldwide seems to receive remarkably little attention. Until corporations start being fully transparent about the full costs they impose on the environment and regulators start to take such dumping seriously, much of the talk about creating sustainable business will remain just that – talk – although maybe combined with some marginal, but highly trumpeted, improvements here and there. Scare tactics that accounting for such costs will place an unacceptable burden on business should no longer be acceptable. In spite of the fact that climate change accounts for more column inches in environmental debate than anything else, CO2 emissions should not be privileged above other forms of dumping. Transparency and an open debate about how, as a society, we should meet externalised costs are both long overdue. 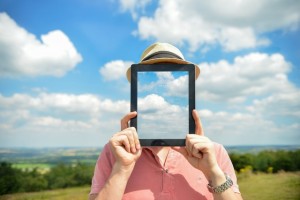 A future for sustainable leadership
Scroll to top