How two twenty-somethings set up a co-operative to buy the grid and move Berlin towards a sustainable energy strategy.

“If we’re going to make a difference, then our only option is to buy the whole of the Berlin electricity grid.”

This was the conclusion reached over a cup of coffee in a Berlin café by Arwen Colell and Luise Neumann-Cosel, two twenty-somethings passionate about adopting sustainable energy. All they needed was €400m – the 40% capital requirement of the estimated €1bn value of the grid.

It was a grey, cold, snowy Berlin day and I was walking with Arwen Colell and her young baby in a pram listening to their story. “People in Berlin have just got used to taking for granted the idea that their public services will always be poorly managed,” she said. “Our airport construction is the most visible public fiasco, but it is more extensive than that, and it is eroding people’s faith in private public partnerships or other management alternatives.” But Colell and Neuman-Cosel did not give up that easily. “If you want change, you have to do something about it,” said Colell.

The Berlin electricity grid comes up for sale by tender every 15-20 years and anyone can bid to buy the grid and manage it. Colell and Neuman-Cosel are passionate about sustainability and frustrated by the slow progress towards sustainable energy. In spite of the much vaunted Energiewende (energy transition) on which the German government has spent billions in subsidies, progress remains slow.

Some even argue that the whole programme has been a disaster. Energy prices have risen dramatically, energy poverty has soared and subsidies have resulted in one of the biggest wealth transfers from the poor to the rich (poor taxpayers fund the subsidies that then flow to energy company shareholders and wealthy landowners for the installation of wind and solar farms).

And the net result, at least for the moment, has been a huge increase in power generated from coal (and a consequent rise in carbon emissions), significant land disruptions to move power from the windy north to the south and an examination by the European Commission as to whether the subsidies are legal under EU competition law. For some, the Energiewende is a lose, lose proposition.

Others take a different view. They argue that this is the transitional phase and once the whole infrastructure is complete all will come right. Others suggest that, in the long term, movement to sustainable energy generation is inevitable worldwide and Germany will have gained know-how and expertise that will put it at the forefront of the change and create a new export industry for the country.

Colell and Neuman-Cosel look at the issue differently. “The government and energy utilities are focused on generating capacity but the local distribution grids are the final common pathway. They need to shift from just being the last mile between a huge power plant and the consumer to being a smart, decentralised and adaptive structure.” Their view is that these are important issues that not only need to be addressed but also need direct citizen involvement. “Energy is vital to all of us. We should all care enough to get involved.”

Their answer was to set up Bürger Energie Berlin (Citizens’ Energy Berlin), as a co-operative with the aim of getting as many citizens involved as possible. Every investor gets one vote – whether that investor has invested €1 or €100m. Financial returns get split according to the amounts invested by each investor. “The aim is to get as many people as possible to want to have a voice in how their energy supply is managed,” says Colell.

Their first challenge was to be taken seriously. They spent the first year managing the local politics and setting up partnerships. “It is about bringing together the know-how and the financial power of many. We need partnerships with energy management companies, a strong network of financial partners and people’s involvement.”

In this they have been remarkably successful. Their clear communications campaigns and established presence in the debate now makes it difficult for the politicians and other incumbents to dismiss them. Today, their website boasts an impressive list of partners, sponsors and supporters and they have passed the first hurdles of the official bidding campaign. They are now preparing for the next round when they will present in detail their technical and financial concepts for grid management.

It is unclear whether Bürger Energie Berlin will be successful in buying the grid and transforming it. But that is beside the point. Colell and Neuman-Cosel are an inspiration. They thought big and they are trying to shake Berlin’s citizens out of their acceptance poor local services.

Nor are their efforts mere activism. They started an initiative that, rather than castigating others by lobbing hand grenades from the sidelines, takes responsibility for doing it better themselves. Whichever way this goes, they have already made their mark. The message for all of us is – instead of complaining, get up and do something about it. Wake others up to the fact that moving towards a better future is our individual and collective responsibility not just the responsibility of governments and corporations. Everything is possible and we must all get involved. 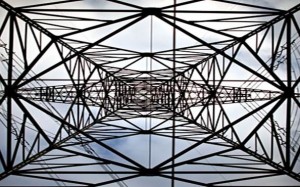 This article first appeared in Het Financieele Dagblad shortened version was published in The Guardian.