In the recent UK public expenditure negotiations, Maria Miller, secretary of state for culture, argued for maintaining government support of the arts on the basis that culture has economic value rather than merely social value. This statement reflects one of the greatest issues facing our societies today – the glorification of the financial and the economic to the detriment of everything else.

You can almost feel the disdain in the words “merely social”. But what else is there except the social? We seem to have forgotten that the only reason we seek economic success is to continue to improve the condition of people’s lives and tenable us to build the sort of societies we want to live in. Economic success is not an end in itself, it is merely the route to personal and social wellbeing. To dismiss benefits as being “merely social”, rather than economic has it all upside down.

Neither is economic success sufficient to improve our wellbeing. For that we need many other things such as good governance, functioning institutions, a healthy and pleasant environment, and all the other capabilities that allow us to turn economic success into personal and societal wellbeing.

This same focus on the financial to the near exclusion of all else has come to plague many businesses. Improving shareholder value (and in some sectors, personal compensation at senior levels) have become the overwhelming focus of many businesses. Those roles of the business that are “merely social” are relegated to an afterthought, to live on the sidelines and be paraded when convenient.

Again, it is the wrong way round. Businesses are a central and vital plank of our societies. They exist to improve people’s lives and contribute to building the societies in which we want to live. Delivering returns to those who have provided the capital of the business is one of their roles – but by no means the only one.

The Companies Act for instance, makes it clear (clause 172) that company directors must have regard to six specific responsibilities: the long-term consequences of their decisions, the interests of employees, relationships with suppliers, customers and others, the impact of the company’s operations on the community and the environment, the company’s reputation for high standards of business conduct and the need to act fairly between different members of the company.

The multiple scandalous fiascos of the banking industry, the large-scale tax avoidance by multinational companies, the environmental damage inflicted by many businesses – all these suggest that it’s a long time since many boards and executive teams had a refresher course on their legal responsibilities. The focus on profit maximisation and increasing shareholder value at almost any cost – to the environment, to the community, to suppliers, etc – is not only socially dysfunctional, it is in clear breach of legislation.

Not so in public companies. Here shareholders are totally separate from the communities in which the companies operate. They are also largely detached from the businesses in which they are investing. Company stock is a tradable product to be bought and sold for profit, not a commitment to ownership and involvement in the company concerned. Management therefore faces an ever-increasing gulf between discharging its responsibilities to shareholders (and maintaining a low cost of capital) and discharging its other legal responsibilities as outlined in the Companies Act. The relatively recent fashion to tie compensation structures to shareholder value has ensured that shareholder interests win out every time.

The short and long-term environmental damage caused by businesses that do not operate in a sustainable manner are often regarded as externalities – costs that can be shifted on to others thereby increasing the returns available to shareholders. Many businesses chafe at regulation that internalises those costs thereby risking a drop in shareholder returns. Yet it could be argued that such regulation would be unnecessary if directors properly discharged their legally mandated responsibilities. Many clearly do not.

“CSR” is not enough

The appearance and growth of CSR departments and the issuing, by some companies, of annual reports detailing how they discharge these responsibilities are all clearly welcome developments. However, they are still very far from doing the necessary job. The culture of maximising shareholder returns is still hugely dominant and the perception of businesses as profit maximising entities still drives the behaviour of most senior managers. Yet, such an approach to management is against both the spirit and the letter of the law.

Businesses are social enterprises. They exist to better people’s lives and form a vital part of building the sorts of societies we want to live in. To exist and thrive they need access to capital and to provide fair returns to those giving that capital. But providing returns is not the raison d’être of the business.

It is time that senior managers took a closer look at the breadth of their legally mandated responsibilities, exercised the leadership skills necessary to balance these multiple responsibilities and devised compensation structures that reflected their success across all areas for which they are accountable – not just one of them. Only then will big business regain its rightful place as one of the most important pillars on which we can build personal and societal success. 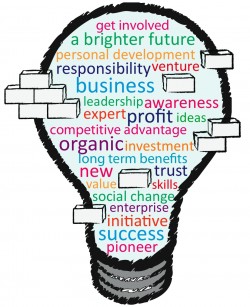 Sustaining the future of arts organisations

When does “an ethical business” stop being ethical?
Scroll to top