More regulation is good for business

Volkswagen made the headlines last year because of its use of defeat devices to rig emissions testing. Now it’s Mitsubishi that has admitted manipulating test data to overstate fuel efficiency. It’s share price fell by 20% before trading was suspended.

Before all that it was Kia, Hyundai and Ford. Last week, a UK government test of 56 diesel vehicles tested in Germany and 37 in the UK found that every single car tested had higher emissions of nitrogen oxide pollutants than permitted under EU laws. For some models emissions were 12 times the legal limit. Are we really surprised?

Whether it’s emissions, taxation, selling of financial or pharmaceutical products or one of a myriad other things, it has been long accepted that many corporations (mostly) follow the letter but not the spirit of regulation. Now it seems that a significant number don’t even do that. Trying to find ways round regulatory hurdles is deeply embedded in the culture of many businesses. Why?

Business and right leaning governments have all drunk the Kool Aid that paints regulation as unequivocally bad for business. Regulation has become nothing more than “red tape” that makes business “uncompetitive.” Companies spend billions lobbying against regulation. Governments and regulators the world over have also become captured by this narrative.

In the UK, the Conservative government proudly declares a war on red tape. The German government tried to block any regulation that was perceived to be damaging to its automobile industry – seemingly disinterested in the real health damage done to its citizens and people the world over. Even when they know about it, regulators routinely seem to turn a blind eye to infringement.

Both politically and in boardrooms, the war against regulation goes on. Eurosceptics use “excessive regulation” as their rhetorical weapon of choice. Corporations make millions in political donations to any political party that promises to de-regulate thereby making efforts to stop or delay regulation probably the single biggest source of political corruption in the developed world.

The anti-regulation mentality goes deep. In such a business and political culture it is hardly surprising that skirting regulation has become normal behaviour at all levels of many businesses. When Chief Executives and Board Members attempt to shift the blame for such scandals to individuals at lower levels of the organisation, it betrays a breath taking blindness to the cultures that they have themselves created and that has enabled these deceptions to take place.

Yet regulation is a public good, raises standards and is an essential component of a functioning society. Regulation can serve to enhance business competitiveness rather than destroy it. Those countries that have the toughest regulations spawn the most advanced companies with world-beating products that others find hard to compete with. It is only if we define competitiveness as a race to the bottom rather than a race to the top that regulation becomes problematic. Yet in advanced economies, there is no mileage in engaging in a race to the bottom.

True enough, just like any corporate or government activity, no regulation is perfect. We are only human. We should work to improve regulation not abolish it or have our regulators be complicit in skirting it. After all, how many of us believe that the de-regulation frenzy of the 80s and 90s gave our societies a better banking system?

Many have called for improved governance or better management monitoring systems to overcome these seemingly endless scandals. None of it will work. Corporations are facing a failure of leadership not a failure of management. Until senior business and political leaders accept regulation as both legitimate and desirable – and embed that view both in the political culture and in the culture of corporations – no amount of tightened governance can spare the public from continued abuse and shareholders from repeated destruction of shareholder value. 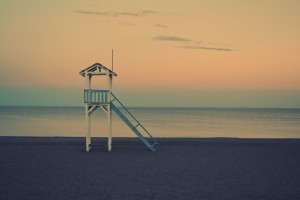