This regional museum had neglected many critical aspects of its business such as maintenance, promotion and management. This had resulted in a significant underperformance in terms of added local value and attracting tourism and other visitors.

Under pressure from the regional government, the Chairman of the Supervisory board had been replaced and the new chairman replaced most of the members of the supervisory board. At this point we were engaged to assist in the development of a full revitalization plan for the museum.

We began by performing a full review of all stakeholders before engaging the board in a scenario planning session. This looked at the key trends of influence affecting the future of the museum and the region in which it operated. This established a baseline of the historical value of the collections that would have the most impact on, and relevance for, the museum’s target groups.

Based on this, we then helped the new team to redefine the mission, vision and strategy. We then invited an international team of experts to brainstorm on new concepts to exploit the collection in such a way as to deliver a meaningful and sustainable strategy for the future of the museum.

The result has been an integrated strategy, concept and business plan which looks to guarantee the future of the museum by recognizing the historical importance of the collections but presenting then in a 21st century way.

This has been accepted and led to a number of architects being invited to develop plans for the redesign and also extension of the museum. Furthermore, funding, both governmental and private, has been secured and the construction of the new building has already started. 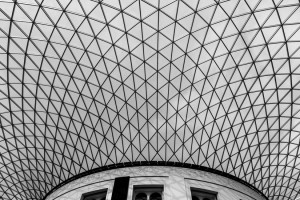 Feasibility study and venture development plan for an international opportu...