Changing leadership outlook to incorporate the new cultural necessities is not as easy as it might seem. It takes the development of new skills that can help re-set business leaders’ perceptions of who they are and why their organisation even exists.

When he was UK Prime Minister, Tony Blair once said that it was not the role of business to solve social problems. Business should just get on with the business of making money and leave social issues to others. How things have changed.

Today, business, especially big business, is not popular. Social enterprise is the new buzzword. Rather than being seen as the engine of the economy and the prosperity we all seek, business has allowed its image to become tarnished such that is now seen as the evil-doer responsible for many of today’s social ills. It is failing to play its part in addressing the complex social issues we all face. Big business has become the luxury mansion of 21st century robber barons. Or so the narrative goes.

So what has changed?

The 21st century culture in which business operates is evolving into something that is fundamentally different from that which Tony Blair referred to in the dying days of the 20th century. Then business could afford to keep away from messy ethical and social issues, follow the rules and get on with the business of making money. That is no longer so. Today, businesses, and their leaders, have no option but to become closely involved in the cultural, social and ethical issues affecting our society – and to shoulder some of the responsibility for addressing these issues. This requires a different kind of leadership – one that is more deeply embedded in contemporary mores. What will it take to develop this new leadership style?

The answers seem clear to some commentators. Business leaders should change the culture of their organisations to make them more socially aware and responsible. This is a reasonable starting point. But it is no more than a starting point. How can we get there? It seems only like yesterday that the newly-appointed CEO of Barclays Bank, Anthony Jenkins, announced (like many other CEOs of many other corporations) his ‘transform’ programme that was intended to regain the public’s faith in the banking system. A year or so later, his decision to increase bonuses in the face of collapsing profits was described as a ‘shameful’ confirmation of everything that is wrong with bankers today.

Why do so many leaders fall flat on their face?

So what is the problem? We have to assume that individuals like Jenkins honestly wish to bring about change. Yet he and others fall flat on their face at the first turn. Why do competent, high-ranking leaders with seemingly good intentions have such difficulty in breaking out of the tired old ways of doing things – ways that we now find culturally unacceptable?

We use the term ‘cultural leadership’ to describe a leadership approach that puts at its centre the interdependence between organisations and the cultural context in which they operate. It implies a substantial shift in awareness that requires leaders to view their role in a much broader context. Such awareness extends beyond concerns about survival, growth and shareholder value, to encompass the more far-reaching impacts of their decisions on the well-being of the community and society as a whole.

Two elements are necessary to move towards effective cultural leadership.

The first is to abandon ‘strategy’ as the driving force of long-term business direction. In a fast-moving, ever-changing, uncertain, postmodern world, ‘strategy’ – in its traditional interpretation – has little inherent value. The idea of planning a long-term strategy and painstakingly executing it over time is based on two implicit assumptions. The first is that we have a pretty good idea of what the longer term might look like.

The second is that there is a modicum of stability in the business environment. In today’s world – and, very likely, even more so in tomorrow’s – neither of these assumptions holds true. Business strategies need to be fluid and adaptable to ever more rapid change. While we now all understand perfectly well the need to have adaptable strategies that can respond to the rapid changes caused by technological disruption, there is less understanding of the impact of cultural disruption. In particular, many have difficulty in dealing with the effects of living in a post-modern culture where concepts like stability, continuity and authority are themselves counter-cultural. Difficulty dealing with a culture that is utterly unpredictable, almost totally opaque, empowered, uncontrollable and even chaotic.

In such a cultural milieu, strategy must abandon its out-dated position as the highest order of leadership and management endeavour to become a second order element, subordinated to, and driven by, higher order considerations of purpose, values, beliefs, emotions, ethics, and other soft, intangible and difficult to- grasp notions. These are concepts that make many senior managers uncomfortable because they do not lend themselves to ‘rational’ analysis and cannot be neatly slotted into financial models. While strategy still has a place, it becomes a much smaller and a very different one. Strategy becomes a short, adaptable and ever-moving set of bridges between purpose and operational excellence.

Looking from the outside-In

The second necessary change is for leaders to learn the skill of looking at their organisation from the outside in rather than the inside out.

Most of us – including senior executives, policy-makers and other leaders – as not unlike the prisoners in Plato’s cave; chained in such way that they could only see the wall in front of them. As the world outside passed by, all they could see were the distorted shadows of that reality cast on the wall of the cave. They came to believe that the shadows they saw were reality.

We all tend to live in our own world

So it is with many major institutions. We largely all live in our own world – our own cave, if you like. We only associate with people who are mostly like us. We read those papers that largely reflect our own views. In large corporations, distorted shadows are brought to senior management through third party market research studies, the results of which are filtered and re-filtered before the so-called ‘findings’ make it to senior management. And senior leaders interpret all this ‘information’ through the operational lens of their own organisation. We all end up spending much more time looking at spreadsheets, PowerPoint presentations and well-designed reports rather than at the realities faced by ordinary people in the real world, and the attitudes, cultural norms and beliefs that are spreading outside the hallowed walls of our own ivory towers.

We look at the world from the inside out. From the perspective of the corporation, the institution, the tribe or professional association to which we belong. Our past successes create yet another filter that convinces us that our way of looking at the world is the right way. What we fail to see are the major changes in contemporary culture that are altering the very framework in which we operate.

Cultural leadership implies developing the ability to look at our organisation from the outside in. Instead of having the culture and society in which we operate presented to us filtered through our own organisational lens, we need to develop the ability to learn to look at our organisations as others perceive them. Such an understanding needs to go beyond the sterile pictures painted by financial models based on market analysis, customer segmentation, customer preference surveys, customer satisfaction reports and all the many other tools corporations use. They need to provide more vibrant, albeit necessarily ambiguous and incomplete, understanding of a social ecosystem that is organic, fluid, dynamic, unpredictable, driven by a culture that is changing at a revolutionary rate and populated by human beings that in no way fit the economist’s fantasy of ‘rational actors’. In other words, an organic system that is human and not purely financial. This will not be achieved by commissioning yet more studies and reports. Rather, organisations need to build what I shall call ‘cultural antennae’ into their DNA.

Changing who we are

Set out here, in black and white, it seems like common sense and a simple thing to do. This, of course, underestimates the challenges that business leaders face to get there – which is why most ‘change programmes’ continue to fail. The challenges are not just operational ones (those are the easy bits), but challenges associated with something much more deepseated – the re-framing of self-identity; first of all, among the senior management team and then for the organisation as a whole.

Placing shareholder needs in the wider context of society

For those who have spent their entire working life in a business community, this represents a fundamental shift. It requires shifting the needs of the organisation and its shareholders from being at the centre of thought and action, and placing them in the wider context of society and contemporary culture. It goes against everything they learned in business school, contradicts everything they perceive as having been the basis of their personal success, and requires a fundamental sea-change in leaders’ perceptions of who they are.

Going beyond the individual

Much has been written about the psychology of change and the role of shifts in awareness in leadership success. From the importance of double-loop learning frameworks to describe how a person interprets events and attributes meaning, and ways of addressing adaptive challenges to which there is no known answer, to – more recently – the growing use of mindfulness training, there are many tools available to business leaders to enable them to thrive in the new environment. However, while these approaches help to move things forward, they remain incomplete because they continue to focus primarily on the individual rather than the team.

While corporations have become pretty good at assessing the technical and management skills of individuals, less developed are the skills necessary to build a senior management team that transcends the individual and has all the components necessary to drive the organisation towards cultural leadership. Many organisations show that leadership teams, while comprised of highly able individuals, lack the team balance and structure that is appropriate for what they are trying to achieve. Building a team that will be successful in today’s cultural milieu needs to go beyond simply accumulating a group of highly capable individuals.

What is happening around us is one of the most dramatic cultural shifts seen since the Enlightenment – more than 500 years ago. The central ‘de-realisation’ ideas behind our often confusing post-modern culture were possibly first explored as long ago as in the 18th and 19th centuries (Kant, Nietzsche and Kierkegaard) and made explicit by Lyotard in 1979. But it is only now, accelerated by the digital revolution, that we are feeling the true force of that cultural transformation; a transformation that is leaving many uncomfortable and disorientated. How can leadership adapt and continue to be successful in the face of such revolutionary change?

Moving towards cultural leadership can be achieved through a comprehensive programme that, among other things, examines whether existing senior management teams are capable of achieving change, as opposed to maintaining operational success under the current paradigms (which is usually the main reason why they have been successful). Working to build ‘cultural antennae’ into their organisation’s skill set; helping organisations define a broader, more motivating and resilient sense of purpose; and re-defining strategy as the malleable and adaptable link between purpose and operations.

It will be a long haul and won’t be achieved in the time frame of the typical ‘culture change’ programme. But some corporations are already showing the way forward and reaping the benefits as a result 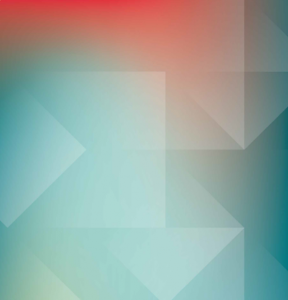 Download a .pdf of the Cultural Leadership whitepaper here

Camunico annual I
Scroll to top