Fear that the UK’s Co-op Bank is abandoning its ethical stance is misplaced; that happened long ago.

In the eye of this week’s storm is the Co-operative Bank. The organisation prided itself on what it termed an ethical approach to business. “We’re not a plc, so we can fight for the good of our members and customers,” the group’s website proudly proclaims.

Now it has all fallen apart – at least as far as the Co-op Bank is concerned. Loaded with bad debts after a misguided merger with the Britannia Building Society, management chose to subject its bondholders to losses, become a dreaded plc and raise capital on the capital markets. At the time, management assured the members that the group would maintain majority ownership thereby allowing it to maintain its “ethical approach to business”.

That promise has now, once more, fallen apart. It has been revealed that the latest deal gives 75% ownership to outside shareholders – mainly hedge funds. The reaction from the usual suspects is predictable. The national officer from the trade union Unite stated that this was a tragic day as now “we will have yet another finance company seeking shareholder returns over better banking” (though it’s not clear since when going bust qualifies as better banking).

Hedge funds are, again predictably, being portrayed as the villains of the piece: “The two hedge funds … have played the lead role in forcing the wider Co-op Group to give up control of its banking arm … They lent money to the bank, and now their bonds are to be converted into shares – which, at a stroke, seems to imperil many of the ethical credentials that gave the Co-op Bank its unique selling point,” wrote one commentator.

This is the narrative that is developing: The Co-op Bank found itself with bad debts, and was lent money by unscrupulous hedge funds who have now taken control, thereby spelling the end of its ethical stance to business. Management will now be forced to put shareholder interests above the interests of its members.

This narrative is utterly flawed.

The Co-op Bank is not about to abandon its ethical approach to business. The management of the Co-op Bank abandoned their ethical approach to business when they mismanaged the business, speculated with members’ money and made a disastrous acquisition. The result was yet more dubious behaviour – imposing losses on bondholders (these days euphemistically called a ‘bail-in’) to cover the losses they incurred.

Neither is it reasonable to portray the hedge funds as having “lent money to the bank”. They did, of course. But maybe a more accurate way of putting it is that management decided to borrow money from hedge funds. There is no suggestion anywhere that the hedge funds misled anyone about their business model and the values that drive their business. The hedge funds have not behaved in any way unethically. Everyone was clear about what kind of business they are in, and how they do business, well before they chose to jump into bed together. Attempting to cast any blame in their direction is more a statement about the ideological leanings of the commentators involved than a reasonable analysis of what it means to run an ethical and sustainable business.

I have previously argued that the purpose of business should go beyond providing economic benefits to shareholders, but also to take an active role in building the societies in which we want to live. What I failed to make explicit then, is that this cannot be seen as a trade-off. Businesses cannot ignore their shareholders in order to build supposedly ethical, sustainable businesses. They must do both. Otherwise those businesses, like the Co-op Bank, will fail and be taken over by other businesses that may not have the same interests. This brings up an additional requirement for ethical, sustainable businesses to succeed – exceptional management talent. Running a business incompetently, with boards that allow this to happen, does not meet the standards of ethical behaviour. It damages customers, shareholders, employees and, ultimately, the societies in which we live.

Much of the current discussion surrounding the Co-op Bank is misguided. The bank is not now in danger of abandoning its ethical stance. This was abandoned long ago when management bet the farm on a single deal and the Board approved it. Pledging not to assist “any business whose core activity contributes to global climate change”, while managing in such a way as to drive your business into the ground, does not cut it as ethical behaviour. It’s merely the equivalent of someone keeping up politically correct chitchat while picking your pocket.

Some ask: “How does anybody build anything remotely co-operative into a business now majority owned by standard-issue investment companies?” But that is precisely the task at hand. Most large businesses are owned by “standard issue” investors. If we start to believe that this is incompatible with running ethical, sustainable businesses, then we might as well all give up and go home. The task is not trivial. Only the very best managed businesses have any chance of getting there. 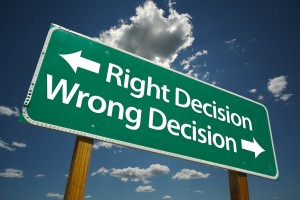 This article first appeared in the Guardian.

Leadership in an age of Activism
Scroll to top